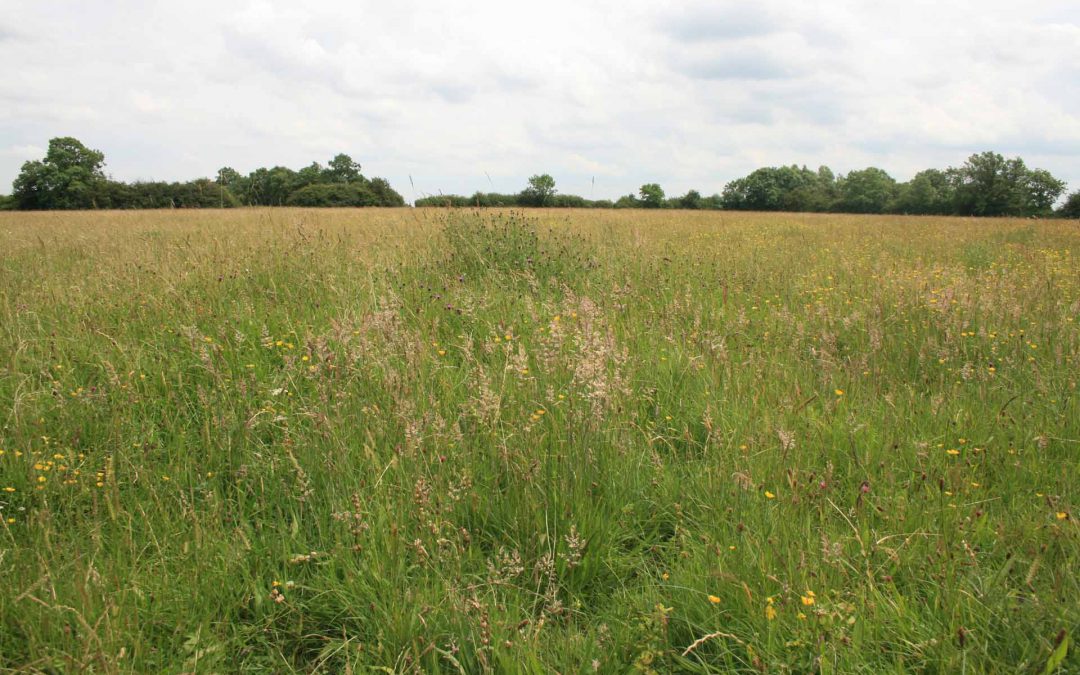 Six people met our leader for the day, Jackie Murry, at Little Bytham Village Hall on a cold and very blustery Thursday morning. The weather wasn’t ideal for a walk around farm fields in search of farmland birds, nonetheless, everyone was cheerful and the weather didn’t seem to worry anyone too much and we set off full of hope and expectation.

Grange Farm has been organic and managed in an environmentally friendly way for over thirty years. Everything one reads or hears about farm management for wildlife appears to have been carried out here and as we saw later was reaping benefits.

We walked down a small hill between houses, House Sparrows were chattering away in the hedges at the bottom of the lane crossed a small stream ‘The West Glen’ which ultimately feeds into the River Welland. Jackie regularly sees Kingfisher here previously they have nested under the little bridge. Turning right and walking alongside the stream Chiff chaff was heard despite the wind.

Fields were planted for Haylage on a rotational system, these fields will be grazed by cattle which will maintain soil health. The ‘Ashima Dairy Without Slaughter’ operation has recently taken up residence on the farm to the mutual benefit of the farm and the dairy.

Dotted around the field corners the owners have planted little copses and thick well manged hedgerows, these hedges were cut on a rotational system. Both copses and hedgerows provide excellent habitat for invertebrates, birds and mammals.

Jacky pointed out where she regularly saw certain species of birds. We saw Bramblings and Reed Buntings in the copses and tens of Yellowhammers in the hedges. Every morning the birds are given 12 kilos of seed which is distributed along an established route. As we watched we saw Ben one of the farmers throwing the feed and very quickly Bramblings, Reed Buntings and Chaffinches appeared for the feast.

Several areas of tracksides and unused patches of ground have and are being reseeded with suitable mixtures which will flower and set seed providing flower rich habitat an important food source for insects, bees, butterflies and birds.

The stars of the day were the Yellowhammers. Once one was spotted others appeared as if by magic flying from the ground to perch on the hedge, their bright yellow heads standing out gloriously in the sun. which seemed to appear in their honour.

It was so windy on the hill that although Jacky knew there were Linnets in the field, they were so well camouflaged against the brown earth with the herbage just beginning to peep through that it was difficult to keep one’s binoculars steady to get good views.

We did see Fallow deer on two occasions but sadly, no hares which Jacky assured us were seen on a regular basis.

We returned to the village hall by way of the farmyard where the Ashima cattle were kept -beautiful beasts. Despite the windy conditions we saw a total of 24 species of birds.

Visiting this farm, learning about the land management, seeing numerous Bramblings and Yellowhammers despite the adverse conditions, gave us all a flavour of the biodiversity farms can provide for.

A big thank you to Jacky for leading this visit and bringing this farm to the attention of our Society. It is a place well worth visiting and I would encourage you to visit especially later in the year when the weather, with a little luck, is a little better. Butterflies should be abundant  and you will be transported back to your childhood days. 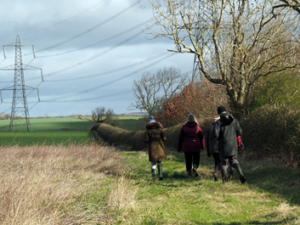